skip to main | skip to sidebar

I will be leaving for a vacation soon (well, not a complete vacation, I will be bringing my ipad with me to do some art and write). I will also be working on something not game-related.

I will be back in the office on August 1st, so no physical goods will be shipped until I return.

Meanwhile, Man-Eater (the first multiplayer adventure for Four Against Darkness) is at #1 on Lulu in the gaming section. You may get the print booklet here or you may get the PDF here 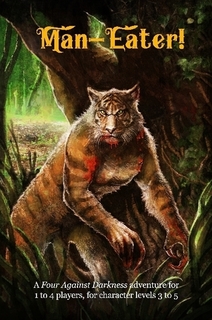 Here is a blurb:

Guildmaster Evos is wounded, his bodyguard beheaded by a ferocious man-tiger creature that ran away. The monster is hiding into the Forest of Thraa -- an area of woods dotted by ivy-covered ancient ruins. Thraa, where once a proud town stood -- a town that was destroyed by a vengeful druid cult.
“Find the beast!” yells Evos, clutching his bleeding neck. “I will pay three hundred golden crowns to the first adventurer who brings me back its head!”
This adventure for Four Against Darkness may be played by 1 to 4 players, in solo or cooperative mode, with all adventurers moving independently on a hex map.
A black and white map is in the book, and a larger, full color map that can be printed up to A3 size is included in the download, for those who want to use miniatures or paper figures to represent their characters' position.
If you buy the paperback book, you can get the map as a free download here.
Pubblicato da Ganesha Games a 2:30 AM 6 comments:

Getting back on this blog


I think it is about time I start to use this blog again...

for the moment, I just want to point any readers to our gumroad store
I will be switching all my business to gumroad as our site's technology is outdated. We had a scare recently as the server we are on was hacked (there was no effect on ganesha, and our databases were not affected, but we lost a lot of time and had to disable certain parts of the site for extra security).

So the new ganesha games will continue using our current vendors (drivethru, lulu, createspace etc), we will use gumroad as our official storefront, and will use this blog for announcements of new products, playtesting, freebies, and sneak previews. The old site will redirect to the gumroad store.

Speaking of sneak previews, this is a cover I just painted for an upcoming Four Against the Darkness adventure. 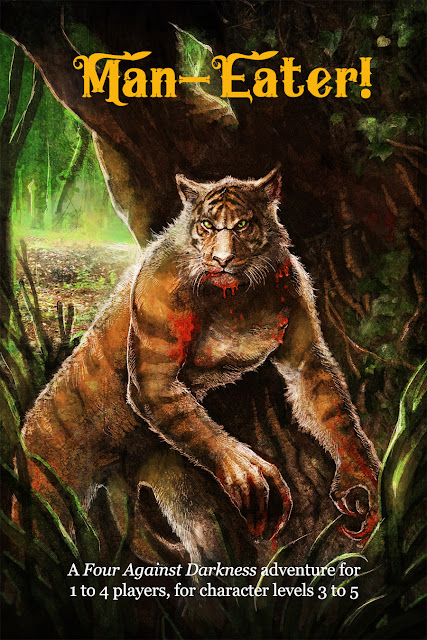 Battlesworn Publisher: Ganesha Games BID FOR VICTORY! BattleSworn is a simple set of rules for fantasy skirmish actions. Using a handful of miniatures in any scale and six-sided dice, two players can bring a game to a conclusion in around one hour. Table size is irrelevant. Distances are determined by terrain and by the position of enemies: no inches, no centimeters, no measuring sticks. 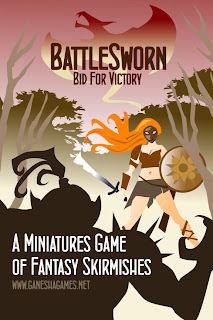 BattleSworn is not your typical "I go, you go" system. The ebb-and-flow of initiative is represented by a bidding mechanic. Players bid for initiative and reveal their bids at the same time. The lowest bidder acts first, with as many characters as the number of his bid. The highest bidder reacts with as many characters as the difference between bids. 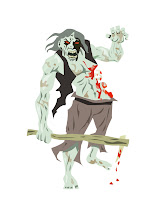 Combat uses the same mechanic. Combatants roll a number of dice equal to the amount bid. Lower bids are resolved before higher bids. This forces players to take decisions: do I attack fast, sacrificing accuracy and power for speed, or do I let my opponent go first to hit him later with a harder blow?

Character profiles are not encumbered with detailed statistics. They are defined by 14 classes (Fighter, Shooter, Sniper, Tank, Brute, Leader, Rogue, Warmage, Sorcerer, Healer, Cavalry, Flyer, Arquebusier, Rabble), each with its special traits. This allows you to play with minimal preparation. 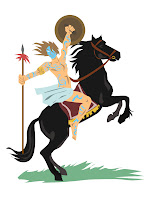 This is not a game for detail-oriented players or power-players. BattleSworn includes two sample scenarios, a mini-bestiary, 28 sample forces, 15 spells, guidelines to adapt the rules to other genres, and many pages of play examples and FAQs. This is a stand-alone game. No other purchases are necessary. 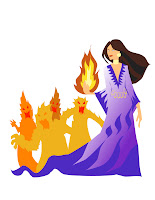 44 trade-size full-color pages, including table of contents, cover, play sheet, and a one-page play summary. The download includes a separate PDF with printable cards for spells, and a spreadsheet to help you build your force. Not based on the Song of Blades engine or any other game by Ganesha Games. 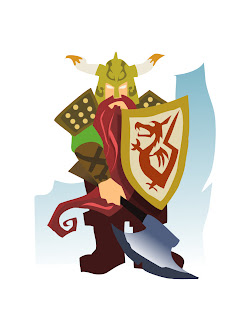 Ganesha Games just made Drums and Shakos Large Battles available in softcover and hardcover, full color. Also a print + pdf bundle available at the above link.
Pubblicato da Ganesha Games a 6:07 AM No comments:

song of drums and shakos wins an award at Origins 2009!!! 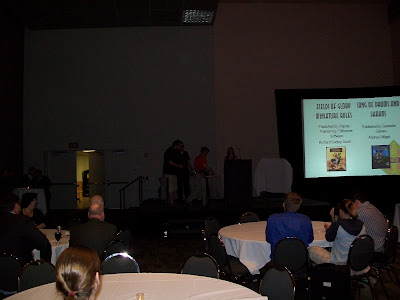 Actually, we tied with Osprey/Slitherine's "Field of Glory" ancient rules. Congratulations to all those involved and a huge Thank You to all the Origins visitors who played the game at our table and voted for us, and also to the amazing Origins staff, the volunteers and the GMs ran scenarios in the Miniature Hall. We had great fun this year at Origins and we'll make sure to participate next year as well.
Pubblicato da Ganesha Games a 10:45 AM No comments:

song of drums and shakos nominated at Origins 2009

Our Napoleonic fast play skirmish rules "Song of Drums and Shakos" written by Sergio Laliscia have been nominated at Origins 2009 in the best historical miniature rules award. Andrea Sfiligoi of Ganesha Games will attend Origins and will run ongoing demo games of SDS and other games -- if you attend this great con (Columbus, OH, June 24th-28th)remember to look for our table and vote for us!
Pubblicato da Ganesha Games a 11:23 AM No comments:

Ganesha Games is pleased to announce that the "Song of Blades and Heroes" fast play fantasy skirmish rules have been nominated as Best Miniature Game at the Origins Game fair.

We take the opportunity to thank all the loyal fans, editors, translators, webmasters, reviewers, distributors, manufacturers, retailers, websites, playtesters and last but not least members of the songofblades yahoo group who contributed to build a positive buzz about the game.

Ganesha Games
Ganesha Games aims to provide fast, innovative and inexpensive games for the discerning wargamer or roleplayer. Why the name? Ganesha is the Hindu god of intelligence and good fortune -- who could be a better patron for gamers? www.ganeshagames.net